About UX Writing
Key tips from Hemingway for UX writers

Lessons from Hemingway for UX writers 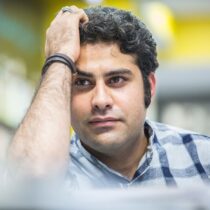 Husamedin Motahari
Novelist and UX Writer
2022-01-29
2 Comment
.
For whom?
UX writers
Why should I read?
For design better microcopies

We know Ernest Hemingway. As a novelist who has chosen the profession of UX writing to make money, “Lessons from Hemingway for UX writers” appeals to me. Whether you are interested in literature or not, this text will help you become a better UX writer. When we talk about Hemingway, everyone talks about the simplicity of his writing.

Hemingway and Faulkner are opposite in simplification. A reporter once asked Faulkner:

Interviewer: Some people say they can not understand your writing, even after they read it two or three times. What approach would you suggest for them?

The story does not end here. There was author-style boxing between Faulkner and Hemingway:

“He has never been known to use a word that might send a reader to the dictionary.”

And Hemingway did not remain silent:

Well, to be honest, as a novelist, I prefer Faulkner’s writing style. At the same time, I believe that Hemingway’s lessons are more useful for UX writers.

Which one is right?

It is our job to build the product’s language. As UX writers, we need to be able to communicate with a wide range of audiences of all knowledge levels and skill levels. One of my stories might be written in the mysterious language of the seventh century AH, or I might use difficult words in my novel. However, as a UX writer, I’m loyal to Hemingway. This is what we should learn from him.

Lessons from Hemingway for UX writers

How can UX writers be inspired by Hemingway’s prose?

Here is a quote from “The Old Man and the Sea”:

“He was asleep in a short time and he dreamed of Africa when he was a boy and the long golden beaches and the white beaches, so white they hurt your eyes, and the high capes and the great brown mountains. He lived along that coast now every night and in his dreams he heard the surf roar and saw the native boats come riding through it. He smelled the tar and oakum of the deck as he slept and he smelled the smell of Africa that the land breeze brought at morning.”

The Old man and the Sea, Ernest Hemingway.

Look at the dialogues below. Let us imagine these are microcopies of a dialogue between product and user. Where do you see potential points?

“Do you want coffee?” the boy asked.

“We’ll put the gear in the boat and then get some.”

They had coffee from condensed milk cans at an early morning place that served fishermen.

“How did you sleep old man?” the boy asked.

He was waking up now although it was still hard for him to leave his sleep. “Very well, Manolin,” the old man said.

The Old man and the Sea, Ernest Hemingway.

Here are some highlights of these dialogues:

Skillful microcopy must meet these criteria.

Therefore, when we talk about writing Hemingway-style, we mean obsessing over words. A fake quote from him says: “Write drunk, edit sober”. However, we can still use this fake quote as a metaphor: Finish consciously. This is the most significant Hemingway lesson for UX writers.

What is the standard for a microcopy to work properly? When can we say that a microcopy did its job properly?

Why Hemingway style is suitable for UX writing?

Are all the details of Hemingway’s style relevant to UX writers? Despite the fact that writing is a basic skill, UX copy is not literature.

Take a look at this literary critique:

First, we can say that Hemingway does not do much embedding; there is only one relative clause and not much in the way of embedded phrases. There is a technical term for sticking to main clauses: parataxis, which roughly translates as “beside… Structure”; that is, the main clauses line up side by side.
We can also say that the Hemingway passage tends not to link sentence units via “and” or other transitional phrases. They’re disconnected, standing off by themselves. There’s also a word for this: asyndeton, which roughly means “no… Connection.

So far, so good. We do not write novels or fiction. Suspension, knotting, plotting, etc have no place in it.

Now we must make sure we do not write like Hemingway:

Independence in Hemingway’s sentences is one of his stylistic features. Perhaps he uses this method to hold the audience in suspense. Some of this can be found in the work of Iranian novelist Jafar Modares Sadeghi. Prose seems soulless and indifferent, but it is quite the opposite, simple words can convey very powerful emotions.

However, our goal in writing UX is not to impress users. This is not Lessons from Hemingway for UX writers.

and finally about Lessons from Hemingway for UX writers:

UX writing is design, except that the materials used by the writer are written words, not visual elements. UX writing isn’t literature or fiction.

We’re always inspired by writers. We learn from their words. So we have to keep reading.

Hemingway’s UX writing workshop is in fact the “skill of discovery” in his work. It is possible for each of us to learn new lessons from exploring the writing styles of various writers and reading their works. An intelligent UX writer will strive to learn something new from each writer’s work.Don’t forget that not all skills can be learned, some can only be discovered.

This article was also published in UX Collective BootCamp. 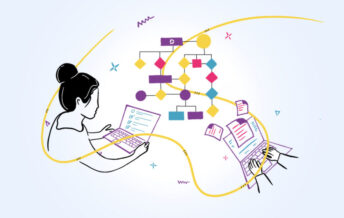 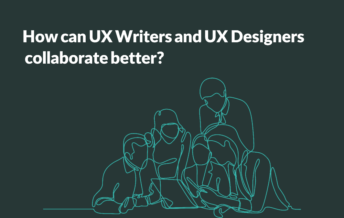 Co-creation ux writer, ux designer: How to do it?
How can UX Writers and UX Designers collaborate better?
Husamedin Motahari
2022-03-13
Comments
Be First ...
Your Comment