Principles of UX writing in English isn’t the bible Husamedin Motahari
Novelist and UX Writer
2022-02-14
No Comment
.
For whom?
UX writers. UX designers, Programmers
Why should I read?
To save your future

English is not science’s Bible. I once saw a symbolic meme. Someone was trying to take someone’s bag from under her chair. It was the girl representing “other languages” and the thief representing “English”. This is what happens. I have seen articles in Persian, Spanish, etc. There is no equivalent for a UX writer. What will the language be like in ten years?

About a year ago, I coined a Persian term for UX writing. I’m glad it’s becoming popular. I named it “experience writing” which has the correct meaning in the Persian context of UX design.

As UX writers, we have a responsibility to our native tongue. Our products are for people who speak different languages. We touch millions. How do we call ourselves a UX writer when we ourselves lack language skills and cannot make words?

I’d like to share two Ted talks with you.
The first presentation is Suzanne Talhouk’s talk: Don’t kill your language.
Did you know that Arabic is the language of love and has more than 20 different words that describe a lover’s mood

Different languages ​​have different grammars, features and other details. For example, my native tongue is written from right to left. This is a definite difference in readability and visual perception that affects how the eye reads and moves. Arabic and Hebrew are like this. English has a different grammar than many other languages. We cannot accept the principles written by the UX writers in English in their entirety.

For example, in the principles of UX writing, we are told to start our sentences with a verb. Like: Try it for free.

But we do not talk to our people like that. If we go to a clothing store and talk to such literature, they may think that we do not know Persian or that we come from space.

It’s not just about grammatical differences. In addition, when we accustom our mental model to English and become fascinated by anything English, we subconsciously think in English. Whether we are Persian or Hebrew, Arabic or French, Spanish or Turkish, we first think in English and try to adapt our sentences to the structure of the English language. This is not what we need.

For this reason, we ignore the capabilities, features and capabilities of our language. A common phrase I hear: “This sentence is very beautiful in English, but when we translate it, it is terrible.” Well, my answer is simple: you go through the process according to the needs of an English speaker. do not do this.

Articles in English have become our temple, which is terrible for the native languages. I am not fluent in French, Spanish, Hebrew or Arabic. Hundreds of years ago, the Persian language had changed a lot. The Persian language has always been influenced by the invasions of the Romans, Mongols, Arabs, Turks, Russians, British, Portuguese, Americans, etc., and we call radio and television television.

The Arabic word “sound” is imported from Arabic into Persian.
There is a difference in spelling and sound. The Persian language has been influenced by all these languages. The word bazaar in English is derived from Persian. Water is the same in French and Persian. There are many such examples.

At the same time, my country’s experts have translated many Western and Eastern words. From literature to navigation, from medicine to physics and so on.

Do we understand users’ needs?

The modern world makes us think less and act faster. This has also happened in the field of language and UX writing. “Well, everyone is like me,” they say as designers and programmers look around. They use English words constantly and gradually remove themselves from their native tongue. Can this approach help you build a successful product? 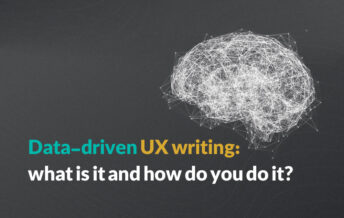 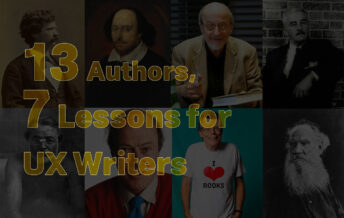 We can improve our UX writing by following tips from great writers
7 Lessons from authors for ux writers
Husamedin Motahari
2022-11-09
Comments
Be First ...
Your Comment